First of all, let me preface this by saying:
Do not, I repeat, do not purchase a rank or whitelist if you feel like the server will stay whitelisted forever. But I will say, if you’d like a permanent rank on the server, this might be the first and last time we are offering a lifetime rank. Otherwise, all the ranks will be subscription-based on full release.

Only donate if you genuinely care about the staff and/or the development team behind MPL. The server will fully release (I promise) so please hold on to your money and wait until the server has been fully released if you are not fully supportive of us and/or confident in the server. I would hate for someone to feel ‘forced’ into spending their money because they think the server is “pulling a pvplounge” or they’re thinking that this is just some money grab that’ll never be open to the public.

If anything please join our discord and make yourself welcome, feel free to contribute ideas on what you think belongs on a pvp oriented server or any server for that matter. It can be fun, unique, or rare concepts that haven't been fully seen, experimented with, or executed before. Also, feel free to (respectfully) criticize us and/or provide advice along the way if you feel as though we are going in the wrong direction (make sure you’re following the rules though!)

Now for the good part

Being in the community for so long, there’s nothing we care about more than releasing a stable, consistent, and quality product that most if not all of our players are happy with. The community’s satisfaction is our #1 priority. The purpose of Minecraft PvP League is to give the community what it deserves, by creating a fully-fledged competitive pvp server with the most enjoyable experience possible.

We won’t feed you meaningless promises such as being the “next kohi” or being the next revolutionary server, but what we can say is that we genuinely care and will strive towards making that known. Our actions will forever speak louder than our own words, and there’s no telling what the future might hold. This is a team effort and will last as long as you guys are willing to give us a chance and support us throughout the entire process. We hope to create an experience that will never be forgotten, lost, or dismissed from the community. The MPL team believes that the servers out today have lost momentum and simply don't strive to bring an enjoyable experience.

This server will be attempting to tackle several problems that have been present in this community for many years:

These incidents and many more are what ultimately led the pvp community to its current state, and are continuously present time and time again. If given the chance, the goal of MPL is to remedy most if not all of these issues, we will not stand for and will most definitely not tolerate any of this. We believe that the lack of trust caused by these actions is the reason why the pvp community is declining.

MPL is here for us all to enjoy, not provide false promises, or pretentious claims that we couldn't possibly live up to. Let's build a community together, one by one, person by person, idea by idea, and give the players a platform that's worthy of playing on.

In terms of the current store, we tried to make the prices as cheap and fair as possible. You can buy a whitelist starting at $7.99, and you can even purchase a whitelist for two people at only $2 more.

Q: ”Why are you guys selling whitelists?”

A: This current version of MPL is not made for a full release, it’s more of a “proof of concept” made to be a basic testing ground for our ideas and/or future gameplay. We plan to use this current codebase to gauge the community’s interest as well as generate hype for when we fully release.

We’d rather have a small group of players who genuinely care about the progress of the server. And since we would like a smaller number of people, being in whitelist mode was the only way to resolve this. Over time as we approach a full release, you should see more content and news about the server anyways so no one should be “forced” into spending money on the server unless they genuinely would like to play on the early version of what MPL is going to be.

Currently, we are in the middle of recoding the entire network to ensure a quality release, worthy of being on a production server. We would also add new features that should and will make us stand apart compared to everything else that’s out right now.

We are aware that first impressions are big in this community so for our sake we would rather have a smaller group of testers first. Since we've spent thousands in hosting this dedicated server for months prior to now, we only allow donations just in case anyone would like to support the work that we’ve been doing so far. Any other bit of funds received will be reinvested right back into the server, we would rather make the most enjoyable server experience possible than pocket any bit of money, especially at the beginning of this project.

As soon as it’s possible, you guys will know about every single step we take in terms of development on the server either via blog posts, our twitter, or in our discord.

Q: ”Why did you guys even bother making this server? There are already servers that exist like MMC and Lunar, aren’t you just splitting the community?”

A: By all means, continue to play on those servers. We praise them for carrying the community as long as they have.

We came up with MPL after realizing that in 2021, there are no good servers that we deem as fun anymore, and if they are fun they come with a myriad of issues. So what happens if you don’t like something? You make it yourself.

After watching hundreds of old videos, and seeing what made Minecraft so fun back then, we brainstormed and quickly came up with a list of flaws and issues that hadn't been fully addressed on one server before. We are attempting to merge the really fun and truly creative parts of the community while keeping the bad aspects to a minimum. Of course, all servers will come with their flaws and issues, but if given the chance we truly believe that we can come out with something quite special. However, by all means, play on the server you like, we just hope that you could give us a chance at least.

Additionally, MPL will be much more than just a practice server. If we’re able to get our foot within the door we will continuously expand into more creative and competitive gamemodes, practice is only supposed to be the beginning.

Q: ”What do you think will separate MPL from every other server?”

A: Our community. Sure having new and fun features with the best possible performance is great. With that being said, our main focus (especially when we fully open) is to be completely open and transparent to our players. We will host community events in our discord and try to make every single member feel more of a friend than just a regular player.

We believe that the greatest servers to ever exist were the ones where the players were either familiar with the staff team, or everyone just knew each other in general. We genuinely care about you guys and we’ll try our best to keep you guys as engaged and active as possible,

Even as an owner - I’ve personally spent hours upon hours personally talking to people about our goals within MPL, and if you catch me at the right time you’d perhaps get a lengthy conversation with me in regards to why this server was even started in the first place. Anyone that’s closest to me knows how much I care about our audience, and if this turns out to be a success then I promise to never forget where we started from.

Q: ”So how will this whitelist process work?”

A: For right now, we plan to allow people with whitelists access to the server only on the weekends, so from (Friday - Sunday). We’re only doing this so that the server won’t dwindle out on (Monday - Thursday) the weekdays, so it will only be open once everyone is off from work, school, or any other prior commitments.

Now if the community wants the server to be open during the weekdays, we can always revert the decision but this is what makes the most sense to us.

Q: ”Okay that’s cool, but when is MPL fully releasing then?”

A: The second that this recode is done and our internal testing period is over, we will announce a date and then the server should be fully released shortly after that. I would give a date now but I don’t want to let everyone’s hopes up and then it simply doesn’t happen. Our goal is to be fully done within 2-3 months, and as a compromise, we will add small features and/or fix small bugs on this current version of practice. We may even do small tournaments and/or events.

Q:”What features are being shown in this current beta?”

A: Currently, MPL will have practice with all of your favorites kits and queues, as well as an FFA kitpvp arena outside of spawn. (Please come up with ways that we can balance these kits, most of them are in iron armor for now!) More will be announced shortly (ie. our competitive team fighting server) but for now that is the consensus of what will be on MPL.

That’s all the time I have for now, please feel free to reach us either on our twitter or discord. Thank you so much for reading and we’ll see you guys soon. 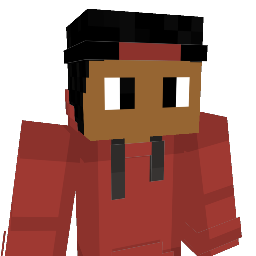